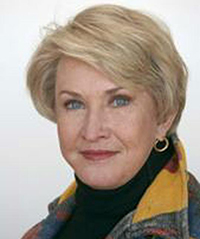 In her 50-year career, Glenna Goodacre sculpted over 600 lively and expressive works, the most well-known of which is the Vietnam Women’s Memorial installed in Washington, DC on the National Mall in 1993. Her largest piece is the massive Irish Memorial cast in 2002 for Penn’s Landing in Philadelphia. Her smallest work is the obverse of the Sacagawea U.S. Dollar first minted in 2000. The most popular of over 50 bronze portraits by Goodacre is After The Ride, a 7 1/2 – foot standing figure of President Ronald W. Reagan sculpted in 1998 for the National Cowboy and Western Heritage Museum in Oklahoma City and another for the Reagan Presidential Library in Simi Valley, CA. Another favorite statue is the 2002 larger-than-life West Point Coach Colonel Earl “Red” Blaik for the U.S. Military Academy at West Point, NY.

As an academician of the National Academy of Design and a fellow of the National Sculpture Society, Goodacre won many awards at their exhibitions. She received honorary doctorates from Colorado College, her alma mater, and from Texas Tech University in her hometown of Lubbock. In 2002, her life-size Crossing The Prairie won the James Earl Fraser Sculpture Award at the Prix De West Exhibition in Oklahoma City. In 2003, she was awarded the prestigious Texas Medal Of Arts and later that year was inducted into the Cowgirl Hall Of Fame in Fort Worth. In 2005 a major street in Lubbock, Texas, was named Glenna Goodacre Boulevard. Also in 2005 she received the New Mexico Governor’s Award For Excellence In The Arts. In 2008 Glenna was named Notable New Mexican by the Albuquerque Museum Foundation. The honor included a documentary film “Clay Masher” by PBS affiliate KNME.

2009 marked her 40th anniversary as a sculptor with exhibitions and a 240-page hardcover book. Also in 2009, passionate Goodacre collectors gifted her only life-size marble figure The Bather to the prestigious Fred Jones Jr. Museum at Oklahoma University in Norman. In 2010, for the 10th anniversary of the Sacagawea Dollar, Goodacre’s studies and designs for the coin were added to the Smithsonian National Numismatic Collection in Washington, D.C. She was the 2013 recipient of the Lifetime Achievement Award from the Booth Western Art Museum in Cartersville, Georgia. In 2014 she was awarded the Legacy Award from The Texas Tech University Museum Association in Lubbock, TX.

In January, 2015, Goodacre’s studies and maquettes for the Vietnam Women’s Memorial were included in an exhibition along with works by Laura Fraser called “Conflict In Bronze”. The popular exhibit at the National Cowboy and Western Heritage Museum in Oklahoma City was held over through Spring 2016.

In July, 2015, an exhibition of the Smithsonian National Numismatic Collection opened at the American History Museum in Washington, D.C. From the collection of 1.6 million objects, curators were given the daunting task of choosing 400 items, four of which represented Goodacre’s work: two Sacagawea Dollars minted in 2000, an 8” plaster design for the coin created in 1998, and one of her sculpture tools.

In October, 2016, because of failing health, Glenna Goodacre announced her complete retirement from sculpting and casting bronzes. She destroyed her lost-wax foundry molds and gifted her clay, sculpture tools, art books, and studio equipment along with four sculptures to the New Mexico School For The Arts, an arts-based charter high school in Santa Fe where Goodacre had lived since 1983.

In Washington, DC on the National Mall, the 25th Anniversary of the Vietnam Women’s Memorial was celebrated on November 11, 2018 with comments by Goodacre in the program booklet.

After a long illness, on April, 13, 2020, Glenna died of natural causes at her home in Santa Fe where she had  lived and worked since 1983.