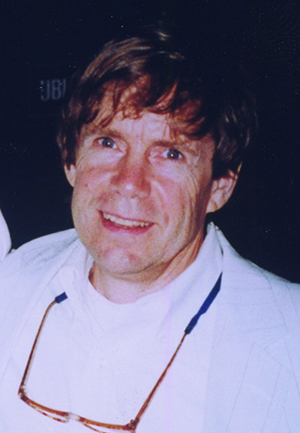 Largely self-taught, Rolfe is most inspired by Sargent, Schmid, Fechin, Monet, Sisson, Thieme and Homer. His unique style, however, captures the elusive effects of the moment that give his paintings the sparkle that are their hallmark. Rolfe’s paintings have been sold to hundreds of collectors from five continents. Three of his more publicized works include “Winter Night” which was exhibited by the National Academy of Design, “Dusk on the Charles” which was acquired by Genzyme Corporation and hangs in their front lobby and “Patriot’s Day – Heading Toward Kenmore”, the well-known depiction of the Boston Marathon, which was commissioned by the Boston Athletic Association.

Rolfe’s paintings of Maine, Boston, the southern cities of St. Augustine, Savannah and New Orleans, California, the Caribbean Islands, Mexico, France and especially Italy (his favorite place to paint) hang in living rooms and boardrooms in almost every state in the Union. Boston’s most revered living art teacher and Master painter, Robert Douglas Hunter, said of Rolfe, “Peter is a mature and consistent painter – a real pro. His subject matter is always original and fresh, and his compositions create ‘unity of effect’ – a quality that, historically, very few painters have been able to accomplish. His work has true artistic merit.”