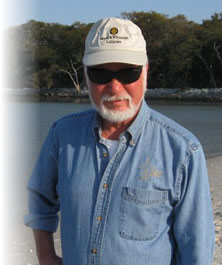 Artist Joseph Orr paints the landscape of America in places he likes to visit. Working primarily from sketches made on location, he creates finished paintings that capture the essence and tranquility of the scene. Using light and shadow to convey mood and flavor of an ethereal moment, his paintings are works of art centered on scenes of solitude, which the viewer may happen upon reguraly or glimpse momentarily in passing. "The place doesn't have to be profound or monumentally significant," he says, "it just has to express something in me that another person can understand and appreciate."

Orr's landscapes have garnered him many awards; therefore he is recognized as a viable component of the contemporary art world. Four times, as recently as 2003, his paintings have been included among the Arts for the Parks "Top 100" competition in Jackson, Wyoming. In 1993, his entry won the historical Art Award.

The magazines Workshop, Art of the West, and Southwest Art have featured his work, and Orr has contributed chapters or instructional material to several Northlight books.

Joseph Orr's paintings also illustrate the pages of Art From the Parks by Rachel R. Wolfe, and A Town on Two Rivers by Victoria Hubbell.

Among permanent collections of his works are: the NCAA, Indianapolis, Indiana; The Federal Reserve Bank of Kansas City; and Kansas City Southern Railway, Kansas City, Missouri.