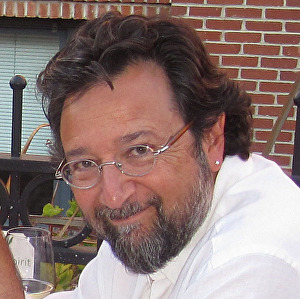 Dan Graziano is an award winning, nationally exhibited artist whose paintings capture the hidden beauty found in the unexpected places and fleeting moments of everyday life. Incorporating dramatic light, shadow, color and perspective, his urban compositions feature the visual diversity of time worn buildings and multiple layers of decay, renewal and adaptation which proudly display the effects of time as well as the qualities of strength and authenticity.

A native of Chicago, Graziano spent his formative years in Los Angeles where his artistic vision began taking shape. His creative pursuits were heavily influenced by the country’s explosive political, cultural and social awakening of the 60’s along with a fascination of the California culture of surfing, hot rods and rock music. While he initially focused on a career in advertising and illustration, an unexpected opportunity to engage in architecture and urban planning altered his original direction.

Upon his return to fine art, he was drawn to the rich complexity of the urban landscape captured by Edward Hopper and other urbanist painters. As an accomplished blues guitarist (his other great passion), he found the city streets, time worn buildings and multiple layers of decay and repair a strong visual parallel to the spirit and culture of the music.

“I paint the places and environments I find interesting in my everyday life. I look for unique compositions which in- volve dramatic contrasts of light, shadow and perspective. I continue to be intrigued by the urban landscapes of inner cities - their active streets, time worn buildings and multiple layers of decay, renewal and adaptation - that proudly display the effects of age and use, which I see as testaments to strength, character and authenticity in contrast with modern society’s demand for newness, imitation, disposability and easy duplication. I am also drawn to the natural beauty of coastlines, rural landscapes and forgotten roadside relics.

My work is greatly influenced by the American realists John Singer Sargent, Edward Hopper and the three generations of Wyeths along with California artists Wayne Thiebaud and Richard Diebenkorn.”